The Oscars 2016: How to Download Oscars Video to iPhone/iPad

The nominees for the 88th Academy Awards were announced on January 14, 2016, at the Samuel Goldwyn Theater in Beverly Hills, California, by directors Guillermo del Toro and Ang Lee, Academy president Cheryl Boone Isaacs, and actor John Krasinski. The Revenant received the most nominations with twelve total, with Mad Max: Fury Road coming in second with ten. For the second consecutive year, a film directed by Alejandro G. Iñárritu received the most nominations. Composer Anohni became the second openly[citation needed] transgender person to be nominated for an Oscar. (Angela Morley was the first, in 1974 and 1976.)

The winners were announced during the awards ceremony on February 28, 2016. With two Oscars, Spotlight was the first film since The Greatest Show on Earth in 1952 to win Best Picture with only one other award. Alejandro G. Iñárritu became the only Mexican and third director to win a consecutive Oscar for Best Directing after John Ford in 1940–1941 and Joseph L. Mankiewicz in 1949–1950, respectively. Step 3: Once installed the application, double click the desktop icon to launch it. Go to "Video Downloader" followed by the top menu bar. Click Add URL(s) button and paste online video URL to the pop-out box, or you can directly copy and paste your YouTube music URL on the first dialog and use Enter key to put each URL on a new line.

One the second dialog, it allows you to select the download quality, output video format, video size, conversion quality and backup path. Besides, you are able to tick "Automatically transfer to current device" to download YouTube video to iPhone, iPod or iPad directly. Step 3: Click on "Start Download". Wait until the video downloading finished and it would display on your iPhone/iPad. All of the downloaded videos would be saved on the Video App on your iPhone. Then you can sit down adnd enjoy the wonderful 2016 Oscars awards ceremony. 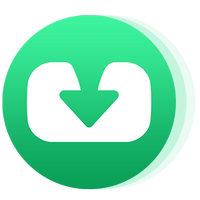 Noteburner YouTube Downloader for Windows is a powerful tool to download any video or music from YouTube for free. It supports downloading videos from YouTube with the best quality and fast speed. No bundled program or extra fees required, all you need is install the program and copy the YouTube URL link and your videos and music will be ready for you. For more information, please visit the downloading site at Noteburner YouTube Video Downloader.