Enough experience with smartphones to develop a Surface competitor? The thin, light, attractive MateBook that Huawei introduced at Mobile World Congress obviously could be a good choice. Similar to Apple's iPad Pro, the MateBook include a folding keyboard case and a pressure-sensitive digital pen for writing or drawing on the screen. The MateBook is designed to be an alternative to laptops and is thinner than Microsoft's rival Surface Pro 4 thanks to its use of a USB-C port.

Clearly aimed as a rival to Microsoft's Surface Book and Surface Pro 4, the MateBook is a 12-inch hybrid tablet running Windows 10. If you are an iPhone user and also have the Huawei MateBook, thanks to its Windows operating system, you are able to sync iPhone 4/4s/5/5s/6 and iPhone 6s with the MateBook easily. To transfer songs, videos, contacts, notes, photos from iPhone to the MateBook, you can install the Synciso Mobile Manager app on your MateBook and use its native USB-C port to sync your iPhone contents without any hassle. How to Transfer iPhone to Huawei MateBook

Step 1. Go to Syncios's official website to download and install the iPhone to MateBook Transfer app on Huawei MateBook. Connect your iPhone to the MateBook via USB cable. Once connected, your iOS device could be detected and recognized by the Matebook automatically . 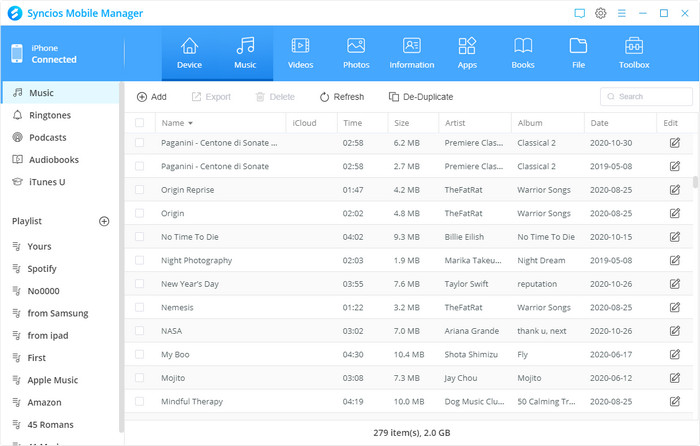 Step 2. Under My devices, you can select Media, Photos, Ebook, Application, and Infomation on the right menu list. Under Media, you are able to export or import music and video among iPhone and MateBook selectively or in batch, creat new playlist or delete certain audio/ video files.

To transfer iPhone contacts, notes, bookmarks and messages to Matebook, navigate to Information. You are able to backup contacts in vCard file, CSV file, text file or to Outlook on Matebook. Alternatively. You can transfer all iPhone contents to Matebook on one click. Click Toolkit on the top menu bar, then select 1-Click Backup or 1-Click Restore icon to transfer data between iDevice and Matebook at ease.

Note: the 1-Click Backup/ Restore feature is only available for pro version users. Check out what's different between Free and Pro version >> 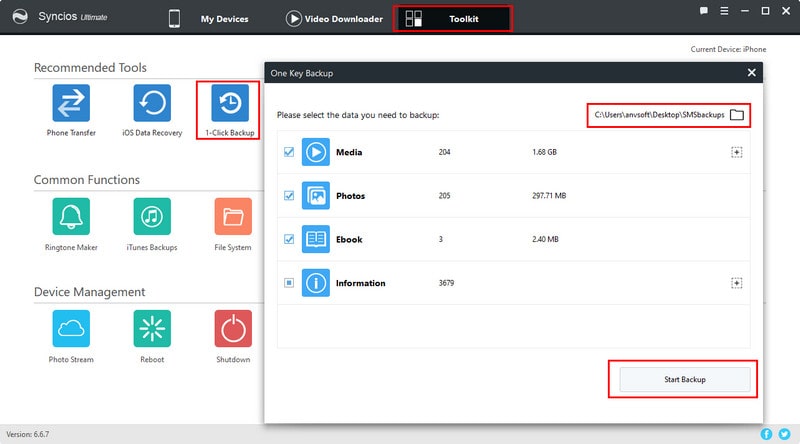 That's it! Now, you can enjoy your iTunes/iPhone music and video on Huawei MateBook as you like. Of course you can sync your iPhone contacts to Windows 10 People App on the Matebook, backup important family photos, note on it in case of data loss.