It is very easy to play or sync Apple Music files on iPod touch, because users can download Apple Music App directly on iPod touch directly, but this is not for iPod Nano, iPod shuffle and iPod classic which are also the great portable music players. They are so prefect for listening to music while exercising or traveling. So here we will guide you how to easily convert and transfer Apple Music tracks or playlists to iPod Touch. 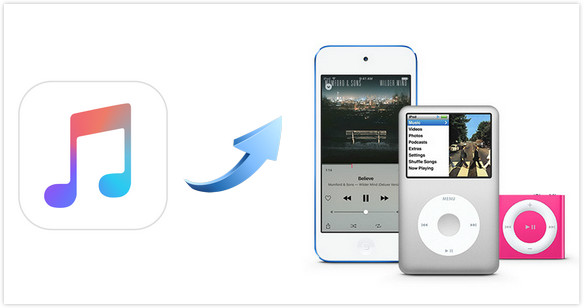 Due to the digitalized music copyright policy posed in Apple Music songs, the subscribed users do not allow to transfer Apple Music songs to iPod touch directly. So convert music is absolutely necessary, and Apple Music to iPod Converter is a great helper, with which you can remove any downloading limits and convert your Apple Music tracks or playlists to iPod for listening to Apple Music anytime and anywhere.

Launch Apple Music to iPod Converter on Windows PC and then click "+" button or "Click Here to Add Audio" to add Apple Music tracks or playlists. Make sure your iTunes app is installed previously but you don't have to initiate when operate TuneCable Apple Music Converter. Click the "Setting" button on the top right corner, and then there pops-up a window which allows you to set output path and output audio formats, like MP3, WAV, AAC and FLAC. You can as well arrange the music list by Album, Title, Artist.

After finishing all the settings, click "Convert" button to start converting. When it complete the conversion, you can click the "History" button in the main interface to find the output Apple Music songs or playlists. By tapping the Folder icon, you can further locate the local path where actually put aside the completed music.

Part 2. Transfer or Copy the Converted Apple Music Tracks or Playlists to iPod for Offline Enjoy

If you want to copy or transfer Apple Music tracks to iPod Nano, iPod shuffle or iPod classic, you can launch iTunes to help you import the music.

Plug your iPod into your computer with USB cable, then launch Apple Music to iPod Transfer. 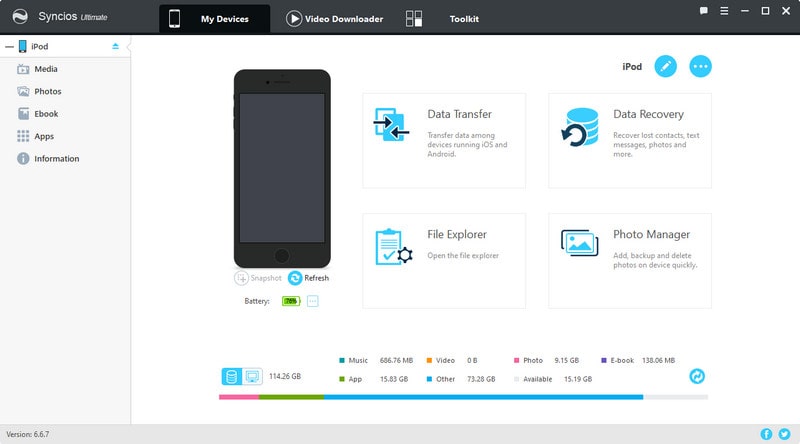 By importing the converted Apple music tracks and playlists to your iPod, you can enjoy them free of mobile data. It means that you can play them offline all the time. Even though you stop being an Apple subscriber, these Apple music tracks are playable forever on your iPod devices. You can also use a USB to save and play the music on other platform like your car, your iPhone, Android phone as well as any tiny music player at ease. Then with Free Syncios Manager, you can easily create synchronization between your iPod and music files on compurter. Not only the music, you can also sync with your iPod contacts, messages, video and more. So, why not download a free version and enjoy a full try?

Extra Tips: How to Transfer Spotify Music to iPod?