One-Click to Transfer Data between Huawei and OnePlus

It has been acknowledged that Android smart phone is one of the most useful mobile phones on the market. To keep this feature, many manufacturers of Android phone have been working on improving the functions all the time. In result, people update their Android phones from time to time in order to get the new technology. And the users usually want to keep the data on the old Android phone intact and transfer them to the new Android. This article is written to offer you users the simple way to transfer data from Huawei Android phone to OnePlus Android phone.

If the Android phone in your hand has its own file manager program like Samsung Kies to Samsung; HTC PC Suite to HTC, you can easily transfer the data to the computer. But transferring data between different smart phones is another thing. This is why we recommend Syncios Data Transfer software. With it, you can transfer data between different devices without limitation. As for the compatible platforms, in addition to iPhone, Samsung, HUAWEI, LG, SONY, OPPO, MI, NOKIA and other devices can be supported as well.

One-Click to Transfer Data between Huawei and OnePlus

Download and install the free trial version of Syncios Data Transfer and then run it on your computer.

Step 1 Download and install Syncios Data Transfer to your computer and launch the program. Select Phone to Phone Transfer mode from the primary interface. 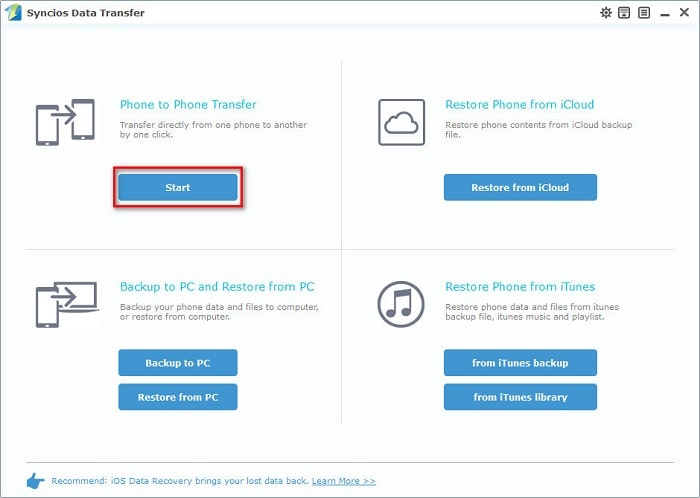 Connect two phones to the computer via USB cables and then the program will detect them accordingly. A Flip button on the middle helps you to switch their positions. Make sure the source device is on the left and the target device is on the right. After that, you'll see the data transferable in the middle menu as the following window shows. Mark one option of the data such as the "Contacts", "Text Messages". 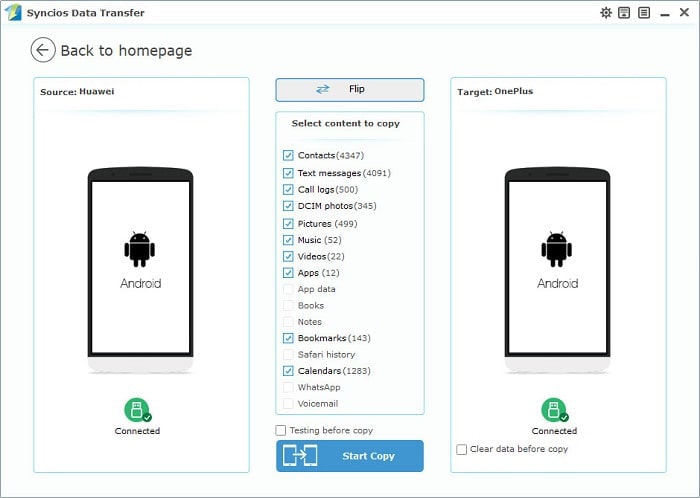 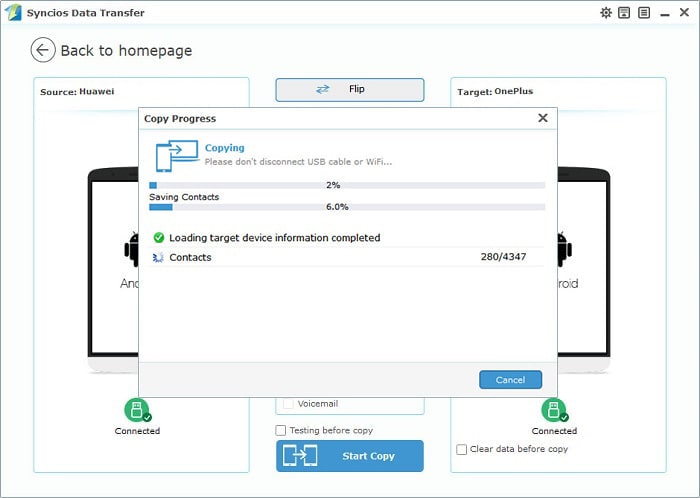 This tutorial mainly tells you how to transfer your data from Huawei to OnePlus or from OnePlus to Huawei with the help of Mobile Transfer software. It is capable of transferring files between Android, iPhone/iPad/iPod. It is a one-click solution that can help you transfer data between Huawei and OnePlus, including photos, videos, contacts, messages, call logs and more. You can learn more functions from the following introduction.