The FBI announced Monday that it managed to unlock an iPhone 5c belonging to one of the San Bernardino shooters without the help of Apple. Some news outlets citing anonymous sources have identified Israeli police technology maker Cellebrite -the provider of mobile forensic software, as the undisclosed third party helping the government. However, neither the FBI nor Cellebrite has officially commented on their contract publicly.

Now the question of millions of Apple users is: How the Mobile Forensic software works? Does this make your phone less private?

Cellebrite is an Israeli company that manufactures data extraction, transfer and analysis devices for cellular phones and mobile devices. It has two business divisions: the Cellebrite Wireless Carriers & Retailers, which produces hardware and software for phone-to-phone data transfer, backup, mobile applications electronic software distribution, and data analysis tools; and the Cellebrite Mobile Forensics, which is mainly delivered to government or legal organizations, such as federal, state, intelligence agencies; military branches.

Micro Systemation XRY - the most serious rivalis to Cellebrite, the company writes a forensic system called XRY, specifically designed for analyzing mobile digital devices. The software is designed to run on a Windows computer and will retrieve information from mobile devices for immediate display of the results or files can be saved for later analysis.

The Syncios iOS Data Recovery, is also an data extraction, transfer and analysis tool for iOS devices. The software is developed by Anvsoft Inc, which is an Chinese company established in 2002. Simally to the Cellebrite, it has another product brunches phone-to-phone data transfer, data-backup and mobile manager. 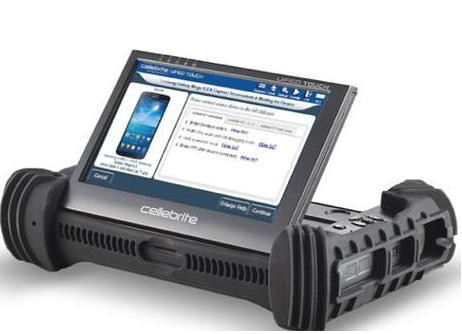 2. What types of data they can recover or extract from your iPhone?

The XRY can grab phone book information, SMS and other text messages, MMS, call lists, calendar entries, task items, pictures, media files, and SIM card information. XRY also retrieves a lot of information about the phone itself, such as IMEI/ESN, IMSI, model no., matching between the clock in the telephone and the computer, etc. 3. Does this make your phone less private?

Though we didn’t go into detail about how Cellebrite is working around the iPhone’s built-in security measures, experts speculate the attack is based on a NAND mirroring technique, which involves essentially copying the flash memory of the device so it can be restored after a lockscreen wipe..

However, according to Dickinson - the firm’s marketing director, XRY works much like the jailbreak hacks that allow users to remove the installation restrictions on their devices. But he wouldn’t say much about the exact security vulnerability that XRY exploits to gain access to the iPhone.

By contrast, the Syncios Data Recovery is base on totally different technical measures. It is noticeable that the program would not recover data that had been overwritten. Besides, since it is individual-oriented, for protecting personal privacy, users have to unlock their handset or login to the Apple their account to authorize the program to read database. In general, your mobile phone data can be guaranteed to be 100% secure.