Samsung has unveiled its new Galaxy S22 phone. The company has taken the best out of the Note lineup in the form of the S Pen and the stand-out design, and merged it with the essence of the Galaxy S series with its powerful cameras and big battery, to finally arrive at the ultimate all-in-one phone: the Galaxy S22 Ultra! As two big rivals, Samsung and Apple, what's the difference between Galaxy S22 Ultra and iPhone 13 pro? Will these make an iPhone user switch to Galaxy S22 Ultra? Just go on reading. 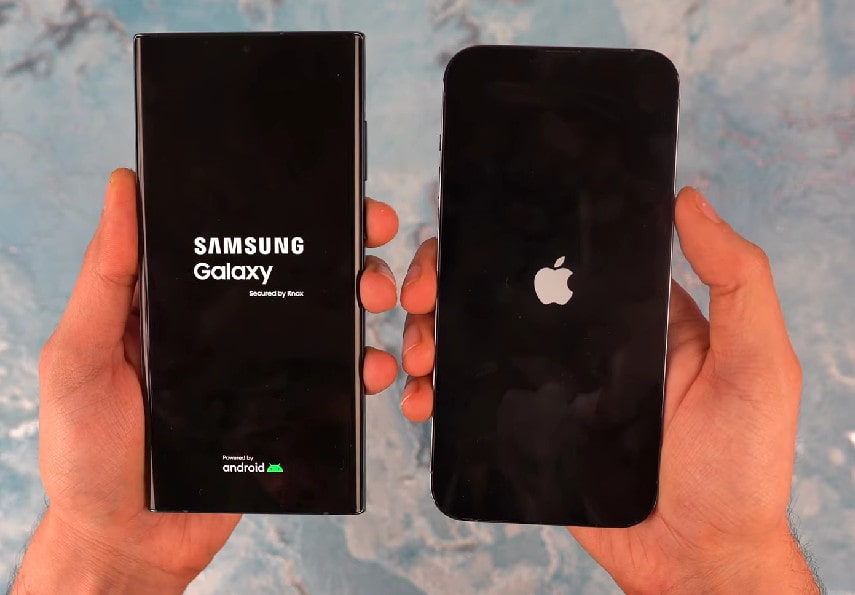 The design of the Galaxy S22 Ultra is pretty unorthodox when looked at from the rear, as each individual camera lens ring will be protruding slightly from the surface of the phone, instead of having all preserved in a huge camera island. Granted, the iPhone 13 Pro Max has a pretty distinctive camera setup of its own, but it'll be no match for the raindrop camera kit design of the Samsung S22 Ultra.

Samsung, however, uses a step or two higher exposure by default on the S22 Ultra, making the shots appear brighter, sharper, and details more discernible which people prefer more than truthful "night" photos.

Both phones sport big batteries, and the Galaxy S21 Ultra already proved to be the longest lasting Android flagship phone in its top-shelf specs segment, so we expected nothing less from the S22 Ultra but actually, it did score lower on the 120Hz browsing and YouTube video endurance tests. And on the gaming battery benchmarks, though, it is on par with the iPhone 13 Pro Max.

For charging speed, Apple is known for slow charging, and the iPhone 13 Pro Max is no exception, as its 4352mAh pack gets to a full charge in 2+ hours. For comparison, the 45W charger for the S22 Ultra does the deed in under an hour and gets its battery to 50% from a depleted state in 20 mins.

The launch date of the first iPhone 13 is September 14, 2021. The cost of Apple iPhone 13 Pro Max is $1099 which Samsung is not upping the Galaxy S22 Ultra price from the $1199.99 starting level of its predecessor, so it might be expected to pay a little more for its upcoming flagship than for the iPhone 13 Pro Max. Admittedly, users would get more in terms of specs than the price difference, such as a 10x periscope camera zoom or the S Pen silo, and the faster charging speeds.

Samsung uses more affordable Amperex batteries and adds features to existing components in the S22 Ultra production mix to keep costs in check, so it would be hard for the 13 Pro Max to fight the phone on pricing basis alone.

The most efficient way is to use a phone transfer tool, which makes things easy to migrate data from iOS to Android. Syncios Data Transfer is a tool designed for one-click transferring data between iOS and Android devices.

Syncios Data Transfer is designed especially for transferring data between mobile phones including iOS and Android phones. It is so simple to operate. After a few steps, all the data on the iPhone will be quickly scanned and displayed, then be transferred to your favour Galaxy S22 Ultra directly, which is very time-saving. It can transfer all the data of the old iPhone phone like contacts, call logs, pictures, videos, SMS and other data to Samsung Galaxy S22 Ultra. No data will be missed or overwritten. It will not leak your information or harm your mobile phone.

What Syncios Data Transfer can do: 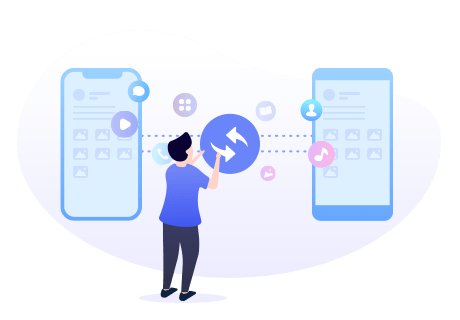 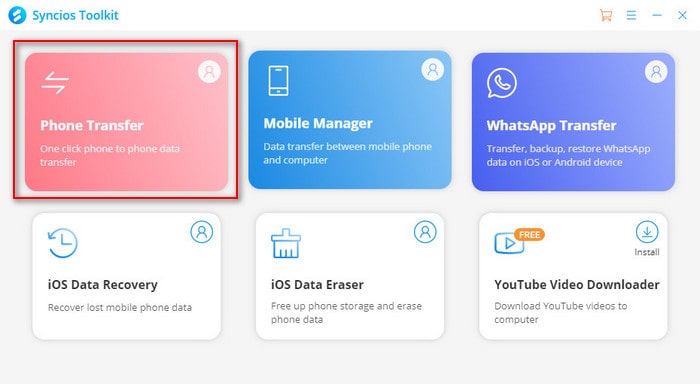 Step 2 Connect both iPhone and Samsung Galaxy S22 Ultra to the computer.

Note: If this is the first time you use this program, please make sure you’ve enabled the debugging mode on the basis of Syncios guide. If you still can’t get Samsung Galaxy S22 Ultra connected, please click here to take reference.

Then in the main interface of the program, select the "Transfer" mode. 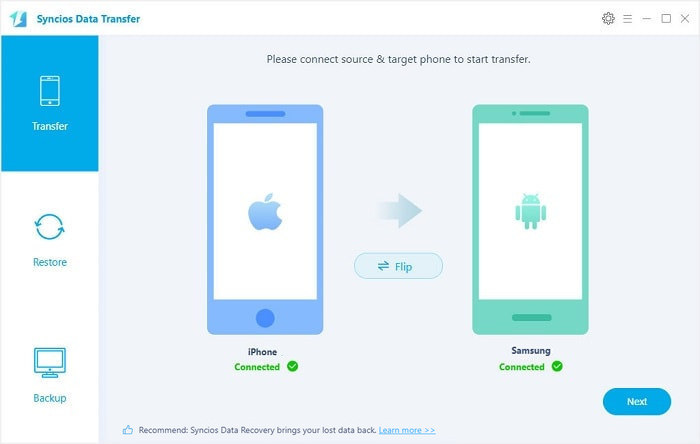 The transfer tool detects your two mobile phones automatically. When the connection is done, you will see two images on both sides representing iPhone and Samsung phone. For example, you may see your current iPhone in the left position ("Source") and Samsung Galaxy S22 Ultra in the right position ("Target"). If they are not in the correct position, please click the Flip button in the middle to switch the position of the source and target phone. When you are ready, click the "Next" button.

In this panel, all contents that can be transferred are listed in the category. Go ahead and check the boxes next to the types of data you want to transfer to Samsung. And then click the "Next" button to start the transfer process. Please do not disconnect either phone during the transfer. 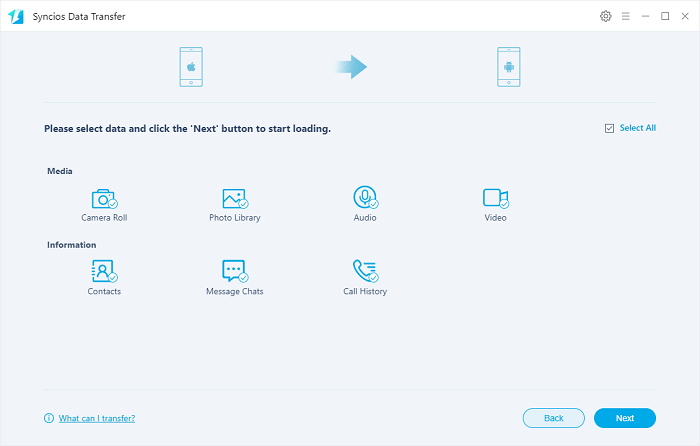 After a while, you will see the window showing the finish of transferring, so all the data are copied from iPhone to Samsung Galaxy S22 Ultra successfully.

YouTube Video: How to Switch from iPhone to Samsung Galaxy S22

Backup, restore and transfer WhatsApp messages between phone and phone.